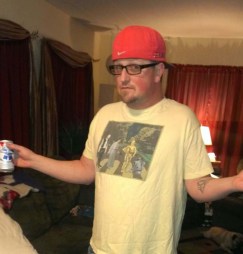 Ben Dorst, is a native to the Central Coast of California. After high school Ben spent some time traveling the country, aka the Black Hills of South Dakota. Ben settled back in to the central coast where he met his wife Julia. Doing everything at his own pace Ben graduated from Cal Poly San Luis Obispo in 2008, 12 years after graduating high school, with a degree in Business Administration. Ben and Julia now have two children, Edna Rose and Benjamin Jr., also known as Bubba, and a pug named Gunner.

He killed Paul Steel in a knife fight (allegedly) and has taken to watching old movies so Sloane has something to do besides creeping around on the internet.